Japanese cuisine has long been revered for its unique ingredients, innovative flavors, and distinct sense of culture and history. The best Japanese food tells a story through its creative use of ingredients, shaping the dining experience into something both enjoyable and eye-opening. With the right blend of Japanese ingredients and flavors, a talented chef can produce a dish that’s traditional and authentic or an inspired, fusion-focused take on Asian cuisine – or anywhere in between.

Here are just a few of the best Japanese ingredients that have played defining roles in delicious Japanese cuisine across the globe:

Rice may be a staple of Japanese cuisine, but this ingredient is anything but basic. With a distinct flavor and sticky texture, Japanese-style rice is a versatile player in many dishes, including sushi, mochi, and other rice-based dishes.

Miso is a traditional Japanese cooking stock that is typically made by fermenting soybeans (or rice or other grains). The fermentation process lends a rich dimension of flavor to miso, which is used is many difference Japanese dishes – most famously, miso soup.

Soybeans are commonly incorporated into many different Japanese dishes, but many diners find they enjoy them most when served as edamame. Edamame is a dish in which the young soybean pods are either steamed or boiled, then often dusted with salt for a deliciously savory appetizer. Edamame is popular not just for its simple but wonderful flavor, but also as a relatively healthy appetizer option.

It goes without saying that fish hold an important place in Japanese cuisine. You’d be hard-pressed to find a true Japanese menu without any seafood dishes, especially because the sea has long been a key source of food for the Japanese people. Whether served raw (as in sushi) or cooked, fish is absolutely one of the ingredients at the heart of Japanese cuisine. Other seafood, such as scallops, eel, squid, and clams, also make frequent appearances on many Japanese menus.

Though Yuzu has a distinctly bitter flavor, small amounts of it are widely used to add flavor to Japanese dishes. For most chefs, the peels or juice of this unique citrus fruit are preferable to its flesh, adding a bright zest of flavor to any dish. Yuzu vinegar is another way to infuse flavor into sauces, marinade, dressings, and more.

Wasabi is a root plant grown in Japan, closely related to mustard and horseradish. Its flavor is often described as spicy and powerful, and you’ve likely seen it served in paste form as an accompaniment to sushi. Wasabi can also be used to add a kick to sauces and is delicious atop a variety of meats and seafood.

Kobe beef is among the most revered brands of beef available, coming from the Tajima strain of the Japanese Black Cattle. The cattle are raised according to strict rules and regulations, treated with great care and respect. Kobe beef is considered a delicacy, particularly famous for its rich marbling, tenderness, and flavor.

Your Question About Where to Eat Japanese Dinner Tonight, Answered

Craving the flavors and dishes only the best Japanese cuisine can offer? At Matsuhisa, the menu serves as a creative canvas of sorts for chef Nobu Matsuhisa, offering our guests the unique opportunity to enjoy a modern take on classic Japanese flavors. The Matsuhisa dinner menu features all of the above Japanese ingredients and more, combined inside innovative pairings for a dining experience unlike any other.

Reserve your table or plan a private event at Matsuhisa by contacting the hosting staff, and learn more about our culinary mission on our website.

What Makes an Outstanding Sushi Chef? 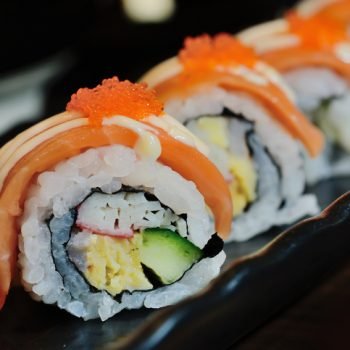