Sushi chefs around the world are tasked with preparing a wide variety of dishes for a growing multitude of sushi fans. If you are new to sushi, or just curious about the different kinds of sushi available, you’re in the right place.

Sushi comes in many different arrangements, and not all of them include raw fish, despite the misconception.

Most Common Types Of Sushi

There are also a number of Maki rolls that include spicy mayonnaise, fried fish and more. There are some differences between the way we roll sushi in America and how it is done in Japan. To learn more about the differences you can check out this article on Traditional and Modern sushi.

Nigiri is different from Maki in presentation. Instead of rolling the ingredients together, a small bed of rice is formed and the fish is laid on top. The chef may include wasabi in the middle, or sprinkle spices in between. Common nigiri recipes include shrimp, salmon, squid and crab meat. Since the ingredients in nigiri are not rolled together tightly, it is typical to eat them with your hands, and dip them in soy sauce if you choose.

When it comes to eating raw fish, sashimi is really what you’re thinking of. Sashimi dishes really are just thin slices of raw fish served without rice. They may come on a bed of garnish, but otherwise they stand alone. In some cases, soy sauce and wasabi are mixed together to go along with sashimi. You can choose from hamachi (yellowtail), ahi (tuna), ika (squid), hotate (scallops) and plenty of other delicacies. To learn more about identifying items on the sushi menu, you can read this explanation of sushi dishes.

These are the three main categories you will see on sushi menus throughout America, but you will also see chirashi, a bowl of rice topped with scattered pieces of seafood; temaki, an overflowing cone of sushi similar to a sushi roll; and Inari, a finishing touch of tofu and rice.

As you explore the wide world of sushi, we at Matsuhisa Restaurants invite you to branch out and try something other than the traditional sushi roll. Each chef puts his or her own spin on these recipes and you will find that most sushi restaurants feature at least one recipe that was created in-house to stand out from all of the others. 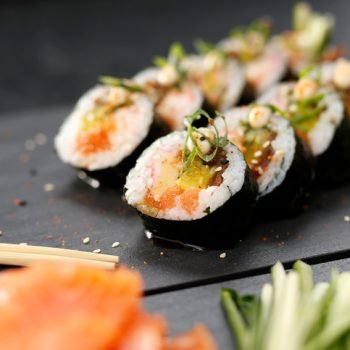 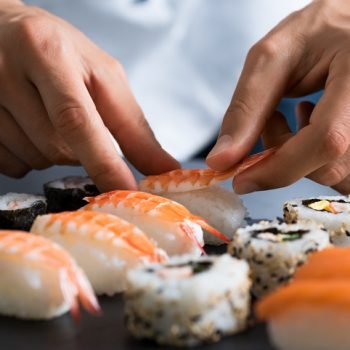