Those unfamiliar with sushi may simply chalk up any sort of raw fish as “sushi.” Such an attitude is much like that of those who eat steaks and don’t distinguish between strip, T-bone or filet mignon. Allow us to expand your knowledge before you order your next sushi meal.

This is merely one general category of sushi, but by far the most commonly known. Makizushi is the term for any kind of sushi roll. It is very specific, yet there are many different types of sushi rolls within that broad classification.

A hosomaki roll is deceptively simple. It is about one inch around, with nori (seaweed wrapping) outside, and sushi rice and a single ingredient such as salmon or Japanese cucumber inside. It makes an excellent light snack roll, but is somewhat harder to make due to the size.

The chumaki roll is probably the most common sushi roll around. An inch-and-a-half around, it contains two or three different ingredients instead of just one. If rolled just right, some chumaki can hold four ingredients.

Futomaki rolls are the “big guns” of sushi. Measuring up to two-and-a-half inches around, with four or more ingredients besides the sushi rice and nori, these rolls are practically meals in and of themselves. Owing to their size, sticklers for the “one bite” rule should not tsk their dining companions for taking two or three bites to get through a piece of futomaki.

The term uramaki is, in many ways, as much of a general term as makizushi. Essentially, an uramaki roll is any sushi roll that has been turned “inside out,” with the rice on the outside and the nori on the inside wrapped around the ingredients – which is almost every sushi roll served in the United States.

The story goes that customers in California during the ’60s, when sushi was just starting to be more well-known, complained about the texture of the nori. The chef “hid” the nori by rolling the rice around it, thus creating the California roll and setting a precedent that lasts to this day.

A temaki roll is also known as a “hand roll,” as it is intended specifically to be held in the hand when being eaten. Looking very much like an ice cream cone, a temaki roll needs to be eaten almost as quickly, as the rice will cause the nori to become soft and harder to bite through. Temaki rolls are versatile, so you can place several ingredients together for a more meal-like roll, or fewer ingredients for more of an appetizer or “dessert” roll.

Matsuhisa, a distinctive sushi restaurant in Denver, offers several delicious rolls for you to experience. Whether it’s an uramaki California roll or a baked crab temaki hand roll, there’s sure to be something to suit your tastes and your appetite. 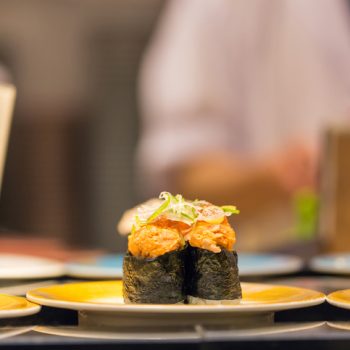 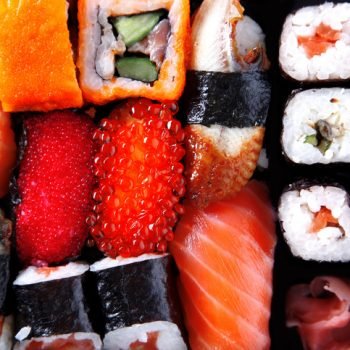