For anyone that enjoys Japanese food, there are a handful of staple dishes that embody the signature flavors and preparation methods that Japanese cuisine is known for. One of these much-loved dishes is tempura, one of the most popular Japanese-inspired dishes served outside the country of Japan itself. Whether you’re a longtime tempura enthusiast or interested in sampling it for the first time, you might be surprised to learn that there’s more to tempura than meets the eye – and the taste buds.

Tempura refers to a variety of foods that have been lightly battered and fried, with the most common tempura dishes featuring seafood and vegetables. “Tempura” is specifically used to reference the combination of the distinct batter and frying method that creates the uniquely crispy, non-greasy dish that so many Japanese food enthusiasts enjoy.

Despite the longstanding popularity of tempura in Japanese cuisine, this delicious dish didn’t actually originate in the country of Japan. The earliest form of tempura was pioneered by the people of Portugal in the 1600s, using a specific frying technique that was later incorporated into Japanese cuisine in the 18th century. Japanese chefs and home cooks alike helped tempura evolve with the help of their own cultural traditions and unique culinary creativity, turning it into the foundational dish it is today.

What is the Difference Between Tempura and Other Batters?

Generally, “tempura” is the word used to describe any food that has been coated in tempura batter and fried using the tempura frying method. The batter is the actual coating used in tempura and is comprised of cold water, flour, and a beaten egg. Many tempura lovers are surprised to learn that the crunchy, deliciously breaded tempura they enjoy so much doesn’t include breadcrumbs on its ingredient list.

However, because the batter for tempura uses no breadcrumbs and considerably less oil than other frying batters, it creates the signature crispiness and lightness that tempura is so well-known for.

The basis of tempura is its batter, which can then be combined with an array of other ingredients and flavors. The most popularly-used tempura ingredients include white fish, shrimp, and mixed vegetables such as mushrooms, green peppers, onions, potatoes, daikon oroshi (grated daikon radish), and carrots. Tempura is commonly served with tentsuyu, a rich dipping sauce made from soy sauce, mirin, and dashi.

Usually, tempura is a dish rooted in savory flavors, but many chefs enjoy getting creative and using tempura batter to put a spin on ice cream and other sweet treats.

How is Tempura Used in Other Japanese-Inspired Dishes?

Although tempura is usually served as its own meal (or appetizer), it can also be used in many other ways. Many modern Japanese restaurants offer tempura as a light snack in between main

courses or use it to add crunch to sushi rolls. Dishes like tempura udon and ten don incorporate tempura as an ingredient and topping, incorporating its unique texture to enhance rice, noodles, and other traditional elements.

Try a Variety of Tempura Dishes at Matsuhisa

Like any classic Japanese dish, the quality of tempura relies heavily on the ingredients used and the skill level of the chef preparing it. At Matsuhisa, Chef Nobu has combined time-honored culinary tradition with his signature style to create a variety of ways to enjoy tempura, including tempura seafood and vegetables, tempura soba, King Crab claw tempura, and more.

Reserve your table at Matsuhisa and experience the impeccable flavor and texture of chef-crafted Japanese tempura for yourself.

What is the Difference Between Sushi and Sashimi? 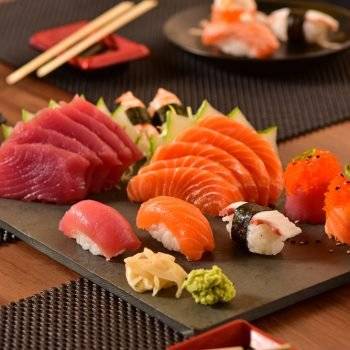 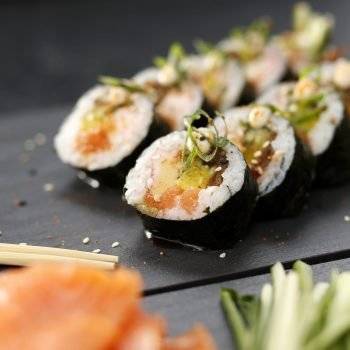