Sushi has it’s beginnings back in feudal Japanese history. Not surprisingly, it has undergone numerous transformations since the first known sushi dishes were served. For instance, the earliest sushi on record was made over the course of several months by fermenting fish and rice together. It wasn’t until the 1820’s that sushi was served using fresh, uncooked fish, and it was even longer before chefs began rolling the sushi into the forms we are familiar with today. Here are a few fun facts about sushi that any enthusiast should know.

The Creation of Sushi Rolls

Before the first sushi dish was ever rolled, Nigiri sushi was introduced in Japan almost 200 years ago. Technically speaking, Nigiri sushi was the third generation of sushi products to make it big, following the traditional fermented recipes of the previous 1500 years. However, this new Nigiri sushi required a source of fresh fish in the immediate vicinity to preserve the quality of the dish.

Sometime in the 1960’s, the world experienced a variety of technological advancements that included refrigeration, faster shipping and more. This allowed fish products to stay fresh longer and make their way inland. Sushi quickly grew in popularity. Again, there were limits to the ability of Nigiri to sate this demand. Instead, chefs began looking for more creative ways to produce large quantities of sushi in less time. Thus, the first sushi rolls were created. Chefs were able to roll all of the ingredients together, slice them into bite-sized pieces and offer them as a colorful dining experience.

In the 1980s, sushi underwent yet another revolution. This time, sushi production became commercialized, and production of sushi rolls was handed over to automated processes. Companies were able to roll hundreds of sushi rolls one after another, slice them, and package them for consumers, all while keeping the ingredients mostly fresh. This brought the cost of sushi down and made it widely available, but took away some of the cultural experience of eating sushi from a true sushi artist.

Today we are seeing a resurgence of demand for fresh, authentic sushi from practiced chefs. More and more people have grown aware that grocery store sushi rolls are not the same as the sushi you can order in a fine dining establishment. That’s where sushi restaurants in Denver come in, bringing the history of sushi rolls full circle with an incredible menu of authentic dishes.

Matsuhisa Denver is proud to be a part of such a rich tradition of food and sharing. We invite you to join us for an evening of unique sushi dishes created by our very own world-class sushi chef today.

The Most Underrated and Overrated Kinds of Sushi

Get Ready to Roll: The Beginners Guide to the Sushi Menu 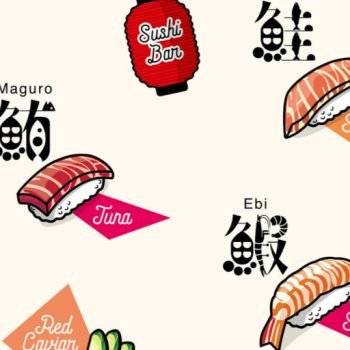